Walt Disney World Resort recently shared some exciting news on World Rhino Day.   Three pregnant white rhinoceros, Kendi, Jao and Lola are currently being cared for at Disney’s Animal Kingdom Theme Park.  The white rhinoceros is extremely rare and these three moms were chosen to bread through a Species Survival Plan, so these pregnancies are extra special.  This is the first time the park has had so many rhinos pregnant at once. 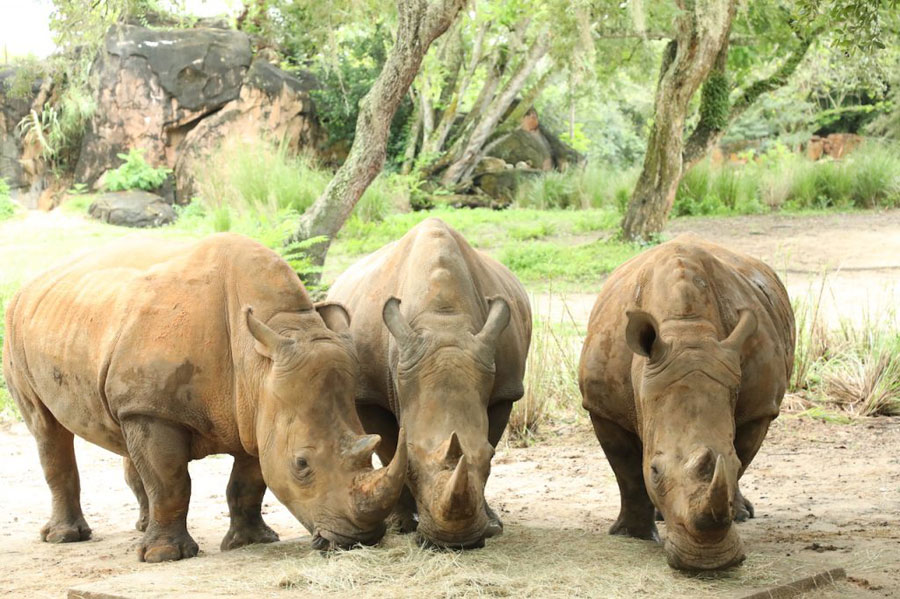 I’m always struck with awe at the sheer power and size of rhinos, so of course, I couldn’t let World Rhino Day go by without taking time to appreciate and promote the protection of this magnificent endangered species.

Did you know rhinoceros are the world’s second largest land animal and among the most endangered animals in the wild due to poaching?

Today, I’m thrilled to share that Disney’s Animal Kingdom Theme Park has big news for the future of rhinos – we have three pregnant white rhinoceros in our care. It’s the first time we have ever had this many horns and hooves on the horizon.

Dr. Natalie Mylniczenko, one of our veterinarians, has been along on the journey with our moms-to-be. Through routine checkups and ultrasounds, Dr. Natalie has worked closely with the rhino keeper team to keep a close eye on how the pregnancies are progressing. She may be one of the only people in the world that has seen a rhino at 2 centimeters.

Planning for a rhino birth requires time and patience for all involved. Rhinos have a long gestation period, approximately 16-18 months, so each of these births are roughly 1 ½ years in the making. Add to that the time that goes into research to pave the way. All three rhinos were chosen to breed through Species Survival Plans (SSPs), which are overseen by the Association of Zoos and Aquariums to ensure the responsible breeding of endangered species. Dugan, the herd’s bull, is the father of all three calves.

Our animal care team is eager and ready to help welcome these rhino calves upon their arrivals. Once born, they acclimate quickly – rhino calves weigh between 88-140 lbs. at birth and can stand up within the first hour. They stay very close to their mothers for the first three years of their life.

We are so excited about these new additions coming soon to our rhino family and we’ll continue to keep you updated here and at @drmarkatdisney on Instagram and @DisneyASE on Facebook.

Want to learn more about how Disney cares for rhinos and helps protect these species in the wild? In addition to our social channels, check out “Magic of Disney’s Animal Kingdom” streaming on Disney+ starting September 25. 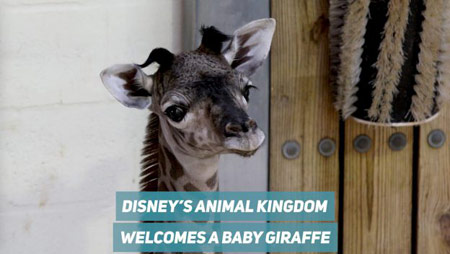