Disney has been working hard on making the most out of Halloween this year but fans are still missing Mickey’s Not So Scary Halloween Party.  The folks at D23 are hoping to help fill the gap a little, and are for the first time ever, hosting the “Halloween Mousequerade” as a virtual contest where anyone can join.

Have you ever dreamed of twirling in a princess dress or transforming into a Wookie, if so, then this is your contest!  You need only to suit up in your best Disney-themed, original costume for a chance to win a $500 Disney Gift Card.  Back in 2013, before there was a Mousequerade, D23 had the “Heroes and Villians a la Mode” contest; in 2015 it transformed into the “Mousequerade” that fans know and love today.  If you’d like to participate D23 is looking for all princesses and princes, heroes and villains, intergalactic rebels and Imperial invaders to join them October 31 at 5 p.m ET / 2 p.m. PT.

Here’s how to enter:

NOTE: D23 will let you know by Oct 13, if you’re selected as a Semi-Finalist. Semi-Finalists will be asked to submit up to a one-minute video in costume and could be featured in our D23 Halloween Mousequerade event on Oct 31. For more information, see Official Rules. 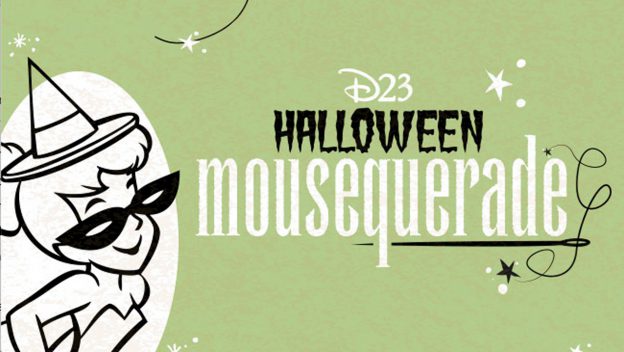 This year, D23: The Official Disney Fan Club is making Halloween even more spook-tacular with its first ever virtual D23 Halloween Mousequerade event! On October 31 at 5 p.m ET / 2 p.m. PT, join celebrity judges including Ashley Eckstein (Star Wars: The Clone Wars) and Yvette Nicole Brown (Lady and the Tramp, The Big Fib) to watch some of the most magical, heroic, fantastical, and out-of-this-world designs strut down the streaming runway.

And you can be part of the show! D23 is inviting fans to design their own Disney-inspired costumes for a chance to win a $500 Disney Gift Card!* Interested in showing off your own crafty creation? D23 Members can enter now to be considered for the big show! (And if you aren’t a member, you can join for free!)

And the Category is… “All Things Disney”! Costumes (made by contestants from original household materials) should be inspired by the fantastic worlds of Disney, Pixar, Marvel, and Star Wars, from movies and TV to Disney Parks attractions and other Disney properties.

See you on the runway! It’s gonna be sew good.