Wanna take a break?  I hear Arendelle is beautiful this time of year.  Disney just released another virtual watch party of their Broadway-style stage production, “Frozen, A Musical Spectacular.”  Spend a fun filled family night with Anna, Elsa Olaf and more, all hosted by Disney Cruise Line!   Just because you can’t board a Disney Cruise doesn’t mean you shouldn’t enjoy a little onboard entertainment from the comfort of your couch.  In addition to the show below, there’s also a festively fun popcorn recipe and templates to create your favorite Frozen characters. 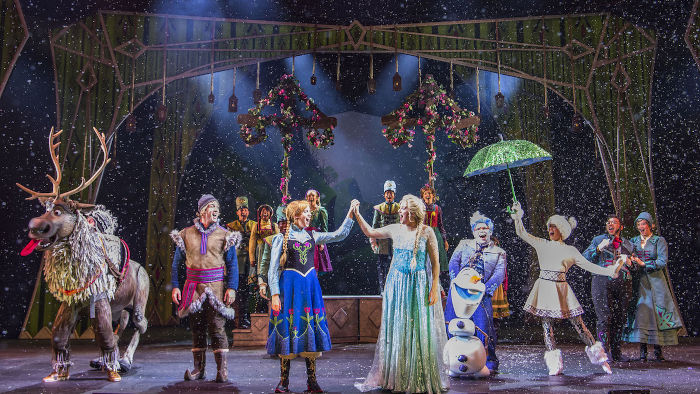 Raise the Curtain!
You’re invited to grab a front-row seat (on your couch!) as we raise the curtain for another virtual presentation of Disney Cruise Line’s Broadway-style entertainment. Now showing, “Frozen, A Musical Spectacular!” This previously recorded video from our Walt Disney Theatre features the original cast from the show’s opening. 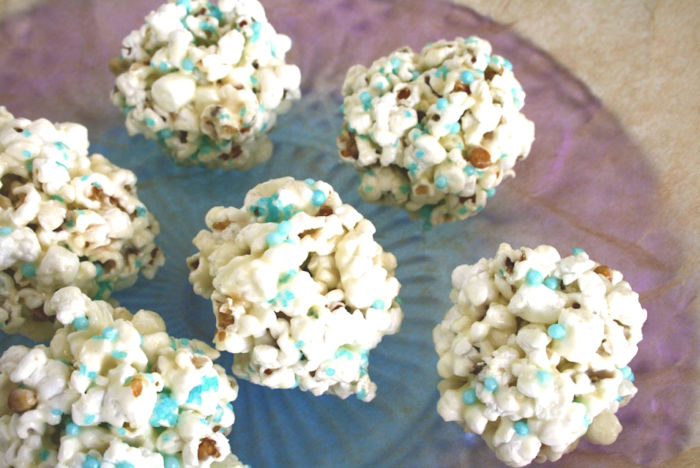 Shadow Puppet Theater
After the show, put on your own “Frozen” performance with these printable shadow puppet characters from Disney Family. The templates feature favorite characters like Anna, Elsa, Olaf and Sven so your little ones can use their imagination to tell their own story about adventures in Arendelle. 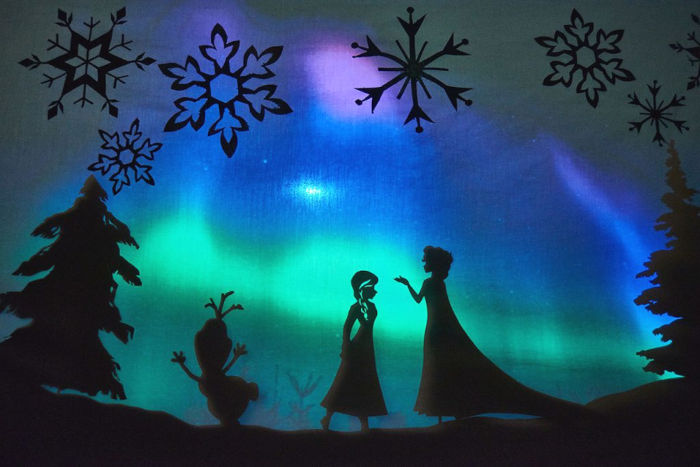 Don’t want the fun to end? Watch more of our Broadway-style musicals at home: