It’s official!  The most wonderful time of the year has come to Walt Disney World Resorts, with a magnificently merry makeover at Magic Kingdom and special Christmas cheer spread throughout each park and Disney Springs.  The folks at Disney have unwrapped some exciting magical experiences, including special pop-up appearances by Santa Claus!

After a year of planning, the Holiday Services department has transformed Magic Kingdom Park for the holidays with twinkling lights, toy soldiers, poinsettias, wreaths and other decorations on Main Street U.S.A., – and of course, the iconic 65-foot Christmas Tree.

Your favorite characters don their holiday best and celebrate the season in a series of special cavalcades, complete with Christmastime floats and music. From Mickey and friends trimming a tree to Goofy and his pals whipping up a bakeshop full of scrumptious treats, character cavalcades bring holiday spirit to the streets of Magic Kingdom throughout the day. And keep your eyes open for Santa when he glides down the parade route in his sleigh. 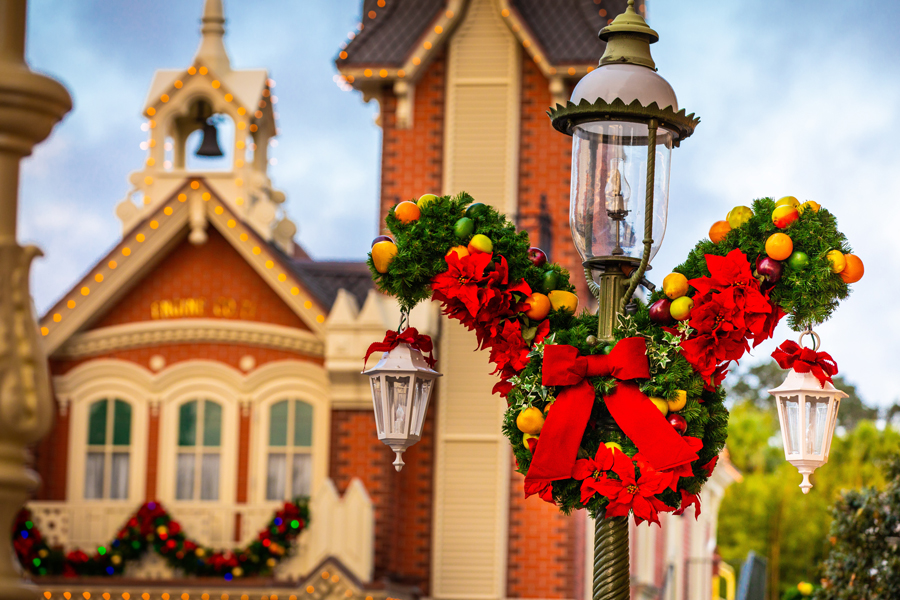 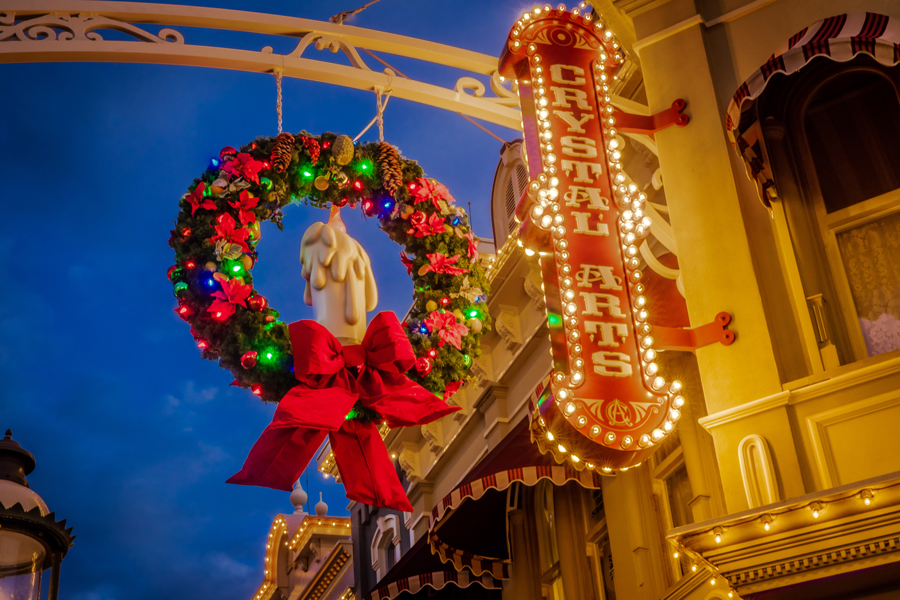 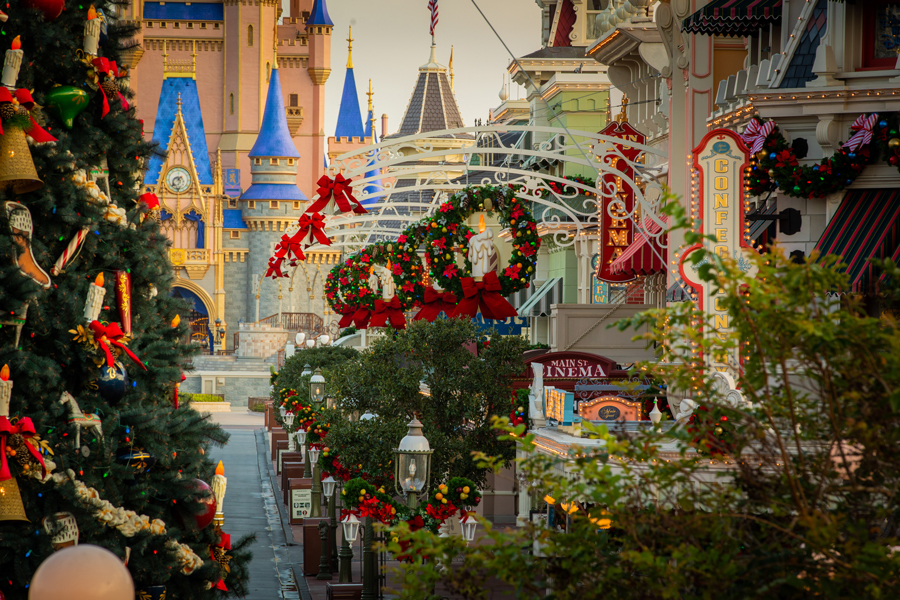 Main Street, U.S.A. is the spot to catch the Holiday Trolley, bringing festive harmonies from the Dapper Dans barbershop quartet, and you may just see some Toy Soldiers joining the Main Street Philharmonic when they march through Magic Kingdom playing their merry melodies.

At night, holiday magic brings a festive look to Cinderella Castle with special projection effects, producing a kaleidoscope of designs including festive stripes and dots, a whimsical Christmas sweater look, a jeweled winter castle and a regal overlay of red, green and gold ornamentation. It’s sure to provide the perfect colorful backdrop for your holiday photos.

Also this season, there will be a joyful look for Cinderella Castle when night falls and special projection effects transform the iconic palace with festive designs with the decorations.  Click here for details on all holiday offerings.

Along with Magic Kingdom Park, delightful displays of decorations can also be found throughout the Walt Disney World Resort – including Disney Springs – throughout the season.

“Donald’s Dino Bash Festive Flotilla” takes its seasonal celebration to the water, with character friends waving to everyone as they pass, and Chip ‘n’ Dale jingle through the jungle, bringing their own style of holiday flair to the river. The Discovery Island Drummers cruise along, too, entertaining guests on the shore with an energetic holiday beat. And when Santa Claus makes the trek to Disney’s Animal Kingdom, he’ll spread the joyous spirit of the season to all he sees along the way.

Guests visiting Disney’s Hollywood Studios get their own visit from Santa when he brings glitz and glamour to a motorcade down Hollywood Boulevard, led by an entourage of elves and riding in his red convertible packed with presents. And just in time for the holiday season, “For the First Time in Forever: A Frozen Sing-Along Celebration” adds a festive finale, featuring everyone’s favorite snowman, Olaf, and celebratory songs of the season.

After dark, the iconic Hollywood Tower Hotel on Sunset Boulevard will twinkle with projection effects as it becomes the Hollywood Holiday Tower Hotel, magically transforming into a Muppets gingerbread masterpiece, a Toy Story toy hotel, a snowy corner of Arendelle and a Dickensian village inspired by “Mickey’s Christmas Carol.”

The holidays arrive at Disney Springs on Nov. 7, when the area will transform into a winter wonderland, full of sparkling lights, enchanting décor and holiday surprises. Disney Springs is the place to find the perfect gift for everyone on your list – including yourself!  And here, you’ll want to take a break and savor the comforting flavors of the season.

As you wander, you can enjoy the Disney Springs Christmas Tree Stroll presented by AdventHealth, with elaborately decorated, Disney-themed trees appearing throughout the shopping, dining and entertainment district. There will also be music-playing DJs during the day, and in the evening, stilt-walking toy soldiers, skating snowflakes and a magical snowfall will add a touch of wonder for holiday shoppers at surprise locations.

Santa and Mrs. Claus are also making the trip to Disney Springs this year, where later in November you’ll be able to catch them soaking up their last bit of Florida sunshine before their big night. Look for them cruising Lake Buena Vista and sharing Christmas wishes from a pair of colorfully decorated pontoon boats.

You can bring the Disney Parks magic of the season home with you with new holiday-themed merchandise available throughout Walt Disney World Resort, as well as the Downtown Disney District and Buena Vista Street at Disneyland Resort in California (starting Nov. 19) and online at shopDisney.com. From apparel to accessories to homeware and more, these very merry collections feature the latest ear headbands, spirit jerseys for adults and children, plush, mini-backpacks by Loungefly, cloth face coverings and more. Highlights include:

This is just a sampling of all the festive fun you will enjoy at Walt Disney World Resort and Disneyland Resort this year. And there’s more to come! EPCOT gets into the spirit a little later in the month, when the Taste of EPCOT International Festival of the Holidays presented by AdventHealth kicks off Nov. 27 with live entertainment, Holiday Kitchens, the Holiday Cookie Stroll and more.